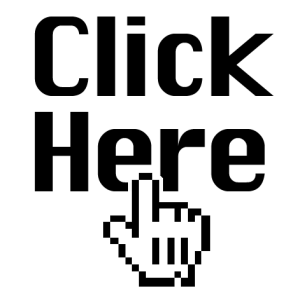 This post follows on from a in-depth discussion by AJ Kohn on Google+ about Amit Agarwal’s interesting post on how to be more effective at posting links on Facebook. The idea is that Facebook’s edgerank algorithm gives favour to content that has higher engagement and which self-reinforces the likelihood that your content will continue appearing in your fan’s news feeds.

AJ Kohn’s view was that thought behind smarter posting of links by using full size photos could also apply to Google+ and not just Facebook.

Some of the Google+ discussion seemed to resolve around websites not correctly using meta data and would require some extra effort to post a full size photo + link instead of just the standard thumb nail and description. Part of the issue also relates to the need for users to have to visit the website, download a suitable image, upload it to Facebook/Google+ and then post a description a link back to the post. So the question seemed to be posted by many is why the hell should I bother, who is actually going to really care or benefit?

Can we influence the CTR?
Some of the discussion was also around does how the use of a combined large image/link could change the likelihood that viewers would click the link. Many people felt that it would not make a huge amount of difference compared to the extra effort required to post an image, description and a link manually. The change for desktop users is only minor but based on past experience I know full sized photos typically outperform thumbnail size images, I had initially assumed the CTR of the link within the description would have a lower CTR because people may not noticed the hyperlink within the text.

The Facebook Experiment on CTR
I had decided this could be fairly successfully tested using Facebook Ads which allows for 3 variations and a control test (automatic import). I wanted to test buying traffic based on the same demographic and test both how each post performed as a Sponsored Post but also how visitors might engage with the post. I picked a post I wrote last month on Brand Yourself but also created 4 new posts and backdated them so they shouldn’t have shown in any existing fans timelines which might influence my test.

Post Variation 1 – I selected a logo image to see how people respond to a very generic image that looks more like a standard ad but also because company logos are often the default image that are automatically imported. I would think carefully if you have the same generic logo for all your posts if people are sharing them on social media as you might be underselling your content.

Post Variation 2 – I also wanted to test the main idea of how a photo might perform so I picked a relevant image from the blog post and added a text link into the description.  You can see that it also has the greatest visual impact but it’s also is the one that requires the most “effort” to add to a Facebook post. It’s the one that looks the best and takes up the most screen real estate meaning it’s more likely to get noticed by fans and receive some engagement via shares/likes/comments.

Post Variation 3 – To ensure there was some level of control I picked the most boring option and removing the image as there are more than a few websites that have not correctly setup the meta data or even include an image in their post that Facebook/Google+ can automatically associate with the post.

Post Variation 4 – This is the default type of post when you are using a RSS feed such as Network Blogs to automatically post to your page or just posting a link and letting Facebook/Google+ grab an image from the post. This is the standard option for posting to Facebook and the simple option most people select when sharing content.

How did each post perform as a Facebook Ad?
The only caveat was I had to increase the bid rates on some of the posts to get a decent reach to capture some clicks. The problem is that some ads got more clicks but they all had the same $10 budget to get as many clicks as possible within 48 hours.  There was also no special Facebook functionality used such as target fans who are more likely to engage, it was a stock standard targeted campaign based on existing proven demographic targeting options I have used to grow my Facebook fans previously.  The other point is that this test is more about how people engage with the post not about how successful the Facebook ads were in buying test traffic.  With a larger scale test and budget, and spending the exact same amount for each ad type it might be possible to try and reduce the skew of such a low data set but are you offering to foot the bill? We are going to work with the data that we have for this test and see does it present any interest trends that suggest further testing could be done in the future…

Post Variation 1 – This ad above performed horribly based on CTR, CPC and Actions (Engagement) but it got the greatest reach due to the higher CPC I had to bid to get clicks. It also would likely not work as well unless you had a strong brand logo in the post and might confuse fans if you are using logo as the image by default for every post.

Post Variation 2 – This ad above out performed the others by a large margin, with a substantially lower CPC to run the ad, a huge CTR compared to the other ads, and the largest number of Actions & Clicks of any of the Facebook sponsored posts. The use of a large photo and description would be our suggested best practice if you are running using Facebook ads to promote your posts.

Post Variation 3 – The ad above didn’t actually perform as badly as I expected with a reasonable CTR and better CPC than the logo ad but the Actions (Engagement) recorded sucked. I think from the branding point of view it also performed badly considering the ad copy is fairly enticing to the demographic audience being targeting by the ads. I would not advise posting straight text links without any visual elements if you want to use them for Facebook ads.

Post Variation 4 – The final ad above is the stranded automatic import option if you post a link into Facebook and let Facebook do it’s own thing and import thumbnail,image and description.  The CTR and Actions (Engagement) was higher than the standard text link but the CPC was exactly the same. I would advise to think twice about using the default import functionality if you are planning on running Facebook ads to promote these types of posts.

How did each post perform based on engagement & click-thru-rate?

The sponsored stories drive the visitors to the one of four posts that I was using for this test, each post had their own unique Google Campaign URL so I could measure the actual CTR to the website.  I had initially planned on using Bit.ly to track clicks but last minute decided not to use Bit.ly as I wanted to reduce the complexity of the experiment and keep it simple as possible and short URLs can influence CTRs.

Post Variation 1 – The first post with the company logo talked about in the post had a fairly disappointing engagement and based on the small data test a bad choice for future posts. This type of post showed the lowest CTR of any of the tests with 16.6% but could also be a sign that this one needed more test data.

Post Variation 2 – The post option that took the most effort actually showed insanely higher engagement based on CTR, Pages Visited and Bounce Rate.  The average visit duration seems slightly skewed so needs further data to confirm how this post may lift time on site. This type of post showed a massive 39.13% CTR from Facebook to the actual post, but more data would be great to confirm if these statistics stay constant.

Post Variation 3 – The plain text post where we removed the image thumbnail also showed that it performed terribly with a very low level of engagement and only a 20% CTR to the blog post from Facebook. I also think this needs more data to confirm this remains constantly low.

Post Variation 4 – It’s interesting the the default Facebook option actually has nearly the same CTR to the blog posts as the large photo posts, but the engagement figures are slightly lower.  I think this one also needs more data to see how Pages/Visited, Time on Site and Bounce rate might change with more visitor data.

I certainly think there is a good base experiment and I have thought about 2-3 followup experiments that I would like to run based on the images used, impact of URL shortners, and does the content in the description make any difference. Based on my data I would say there is a good insight that using full size photos and adding text with a link is far better option the relying on the automatic import or posting straight links without any visual elements.