Record audiences are expected by many in the media industry with extensive cross promotion across network 10 and even within its news broadcasts.

What makes MasterChef different is the the contestants are eliminated by a panel of skilled/expert judges.  This differs from traditional reality tv shows as judges usually only have control of the direction early in the show and the direction is left to the audience to vote for a winner.

This change in concept has caused some controversy with many viewers who are not used to not having control over their “reality tv shows”.  The benefits to the show is that the producers can focus on presenting the best contestants and push the contestants to their limits without worry that large groups of supports, friends & family can skew voting.  It is also a reasonable argument that this move away from hard edge push marketing has helped widen this shows appeal and may make it one of the most successful non-sport broadcasts ever.

While the re-inclusion of contestants voted off caused some complaints it also produced an interesting twist in what might have been an expected with the show favourite “Chris” to win. TV Shows such as So You Think You Can Dance, the judges control the top 100, and down to the top 20.  From this point it is upto the audience to decide by voting, which is different to the MasterChef format. But this change in format has likely made the show better as the show producers can focus on quality TV and not having to depend on audience voting for guidance.  The show format also works differently as it does not have the judges directly engage with the audience but work to encourage the contestants to become better chefs.

The show has increased the amount of interest in culinary equipment stores and  increased Google search traffic around cooking and recipes terms.  Based on the search interest it seems that “Julia” and “Chris” were the favourites, and after the departure of Chris on Friday the interest in the show atleast online did take a hit. This does not mean that the final viewing numbers will be low, but it is likely that a final between “Julia” & “Chris” might have produced a larger viewer audience. 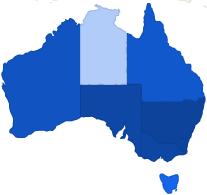 What is interesting is that the top 3 state based by online interest in the show, also have more than one contestant competing for the final. The interesting point is that the interest Queensland is quite low, this might be due to the early elimination of “Tom”.  If “Tom” had of done better when he was invited back it is likely that QLD would have had a higher online audience.  Based on population ration the interest from ACT, & WA is substantially higher and shows how interest in this show has exposed a new potential audience for marketers outside the traditional east coast.

The show has shown such popularity that it is even being promoted by other networks such as Channel 7 & 9 in their current affairs programs “Today Tonight” & “ACA”.  There has even been spin off mini-contest by Channel 9 “ACA” with its  “mini masterchef” competition and its 11 year old winner from Tasmania.  These guerrilla marketing events further promote the hype around “Masterchef” but give benefits and exposure to sponsors who missed the chance to be associate with the real “Masterchef”.

So is network 10 making the best use of its online interest? Channel 10 has setup a separate domain just for the show, which allows much more flexibility for online marketing of future series and the potential to own the traffic and branding around “Masterchef”. The move away from subdomains on ten.com.au seems to show a good move forward with an effective web marketing strategy for their new TV shows. 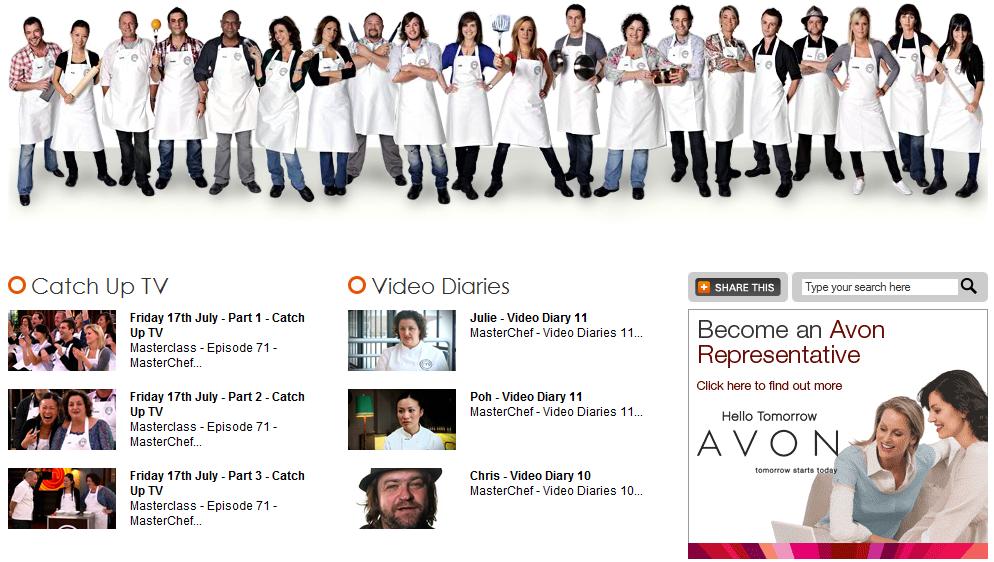 The advertising promotional spots shown during ad breaks were well above average and tied in quite well to the show and the audience, but its online aspects seem out of touch.  Online ad placements feature “how to become an Avon…” or promotion of Lily Allen’s new album, don’t seem to be as suitable.  While this might be a perfect match, it seems out of place compared to their quality broadcast packages for show sponsors.  Channel 10 is beginning to get better at understanding their online audiences and cross promotion between offline and online sponsorships but this recent example seems to show a step backwards.

The show’s final was recorded 2 weeks ago and only 100 people knew the results, which is also a change from traditional reality tv shows with live announcements. Based on pre-broadcast interviews and skills it seems that Poh is the winner, but the competition was decided in the final few minutes of the competition, did Poh’s attitude to not following recipes let her self down?

The competition came down to the final chocolate dish….

So now everyone in Australia knows who is Australia’s first Masterchef and will likely have a huge future media career based on the exposure of this show.

One Reply to “Masterchef winner is Julie”