While many of these items of news were announced back in August 2013, I actually only got around to reviewing them and thinking about their implications, benefits or uses for marketing. I have tried to review how things have changed in the last 6 months and what might have worked or not gained traction just yet.

Pinterest tracks price changes – Pinterest is slowly stepping up the features that help it become a defacto eCommerce platform.  The ability to offer price watching functionality is a perfect feature to encourage retailers to integrate deeply with Pinterest but also if a very powerful function to draw visitors back to Pinterest more frequently.  It will be interesting if Pinterest starts collating and charting this pricing data similar to what price comparison websites currently do.  This could be a very valuable feature for businesses and affiliates once it’s opened up beyond a handful of US retail partners. 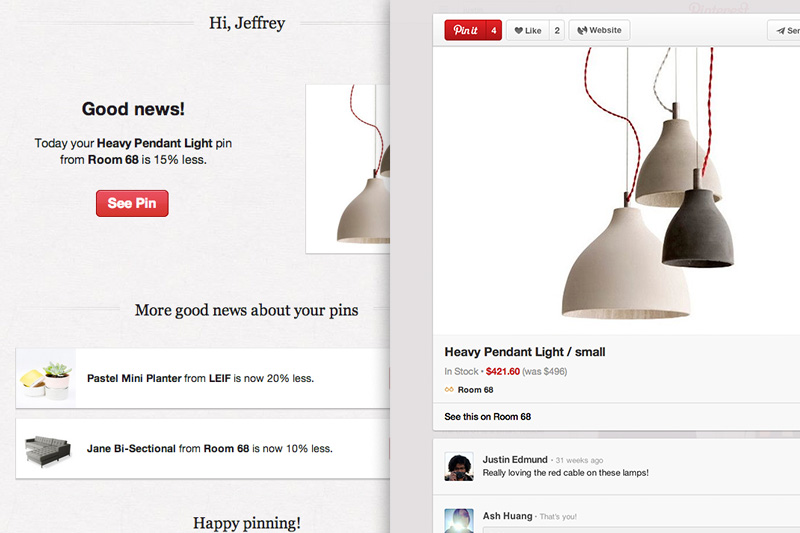 Google “In-Depth Articles” – One of the more interesting new organic modules Google released last year was “in-depth articles” which show high quality content about a person, topic or company you are searching for on Google.  I don’t know why Google can’t apply the same quality feature to Google news? The only downside is that some of the articles appear to be slightly dated on my sample “ebay” query shown below.  So the quality filter is set fairly high but the freshness of the articles may not always be ideal. 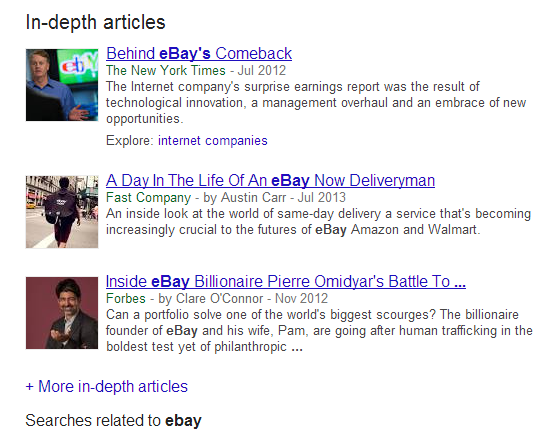 Facebook introduced Embedded posts  – Facebook announced a number a media partners when they launched this back in July 2013 but I’m now struggling to find any of these partners using the feature.  One random article on BleacherReport.com had no Facebook embedded posts but did feature 14 embedded Tweets, so did the product flop? It’s now been rolled out beyond the initial launch partners but I’m not sure I can see the real value. I tried to embed a post in this article but the Facebook feature is clunky and didn’t appear to display so I removed it, it seems if Facebook want more traction on adoption they need to make the embed feature flexible(iFrame,Javascript,HTML) and idiot proof. 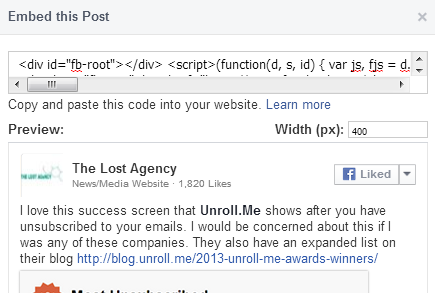 Linkedin Company Page Analytics – Linkedin while a business focused platform is still far behind Facebook when it comes to it’s analytics insights, it is great that they updated their features for company pages in July 2013 but not much has happened since then.  It would be just as great to get similar analytics performance data for individual profiles so you can track how well you are using Linkedin as a content marketing and promotional channel.

The Linkedin Company analytic platform is fairly sparse and doesn’t have many filters to refine your updates but also reach & engagement metrics are limited to a maximum of 3 months.  So similar to Google Webmaster Tools if you want to track this you need to export it once every 3 months, but the downside there is no export functionality so you are left with screenshots and need to then estimate on what are the actual data points were that are shown on your saved images.  If Linkedin wants to take this market seriously they need to step up their analytics platform and enable basics such as export as CVS, PDF functions and offer a date range that is longer than 3 months.


Twitter Related Headlines – This is certainly a product that made Twitter more interesting as a news platform but the downside is that the related headlines are not as visible in your Twitter feed as I think they could be.  I haven’t yet seen it work with #hashtags and Trending terms but that would be great as often it’s hard to quickly understand the context and you have to leave Twitter to do a Google News search, send out a public tweet asking your followers for more details or pick through the top tweets and hope that provides the context you are seeking. It’s interesting that these are only available from the Tweet’s permalink page and not if you use the recommended embed functionality.

Facebook Enables You To Reserve Tables Through Mobile – This was launched back in August 2013 with a heap on interest as would this make OpenTable the dominate platform within the US almost instantly.  But looking forward almost 6 months and I think it will be Foursquare and not Facebook that will be the likely platform to successfully launch this globally.  Foursquare is progressively collecting information off users when they checkin such as seating areas, do they take reservations and payment options.  So basically Foursquare crowd sourcing all the data that OpenTable has at a global scale the question is when might Foursquare enable this functionality?

The other feature that was initially limited to iOS devices was showing TV listing information on mobile devices but there are already Apps that do this better and are available on all mobile devices not just iOS but also don’t sell the insight they learn about your viewing habits back to advertisers and networks. Once again I think the issue is that Facebook has once again limited this functionality of both new products to the US market and unless it’s a global feature people will find local alternative solutions. 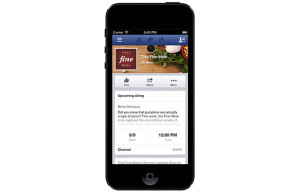 Yandex beats Google to the party with Islands – Russian’s Yandex showed in June 2013 that it’s still the dark horse in the race for online dominance when it went beyond Google’s Search Widgets and launched it’s own rich snippets it called “Islands”.  The widgets go beyond what Google is currently trying to do with knowledge graph and offers users a number of interactive blocks.  Yandex suggests that these blocks can be anything from order forms or factual information and offers the webmasters an opportunity to connect directly to their potential customers. 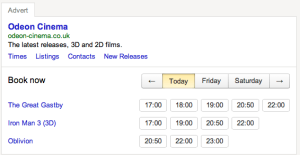 How it seems that Yandex is doing it differently to Google is that they appeared to have opened up the interactive search snippets to webmasters.  So instead of trying to make sense of your data they give you the tools and it’s up you to make your website data work with their Yandex Island platform. This is a smart play and it will be interesting how long it will take Yandex to expand the islands to more countries beyond Turkey.

Topsy Enhances Keyword Analytics & Sentiment Tracking for Everything – Topsy has become the default platform for Twitter social search, sentiment analysis and social analytics, so much so that Twitter staff use it internally.  It was big news in August 2013 when they announced stats and sentiment for any search term on Twitter, and they proudly display that they have all public tweets since 2006.  So it was certainly a curve ball when Apple bought them in December 2013 for around $200,000,000, with the purchase Apple gets an insane amount of historical and real-time commercial intelligence on every industry, all it’s consumers and competitors.  The added benefit is that Topsy developed a technique to apparently identify country of origin for a majority of tweets and can link about 1 in 4 to a city of origin, this is perfect marketing insight for Apple.