Are the idea of animated ads overlaid on YouTube video a push too far?

YouTubes move towards increasing its profitability around 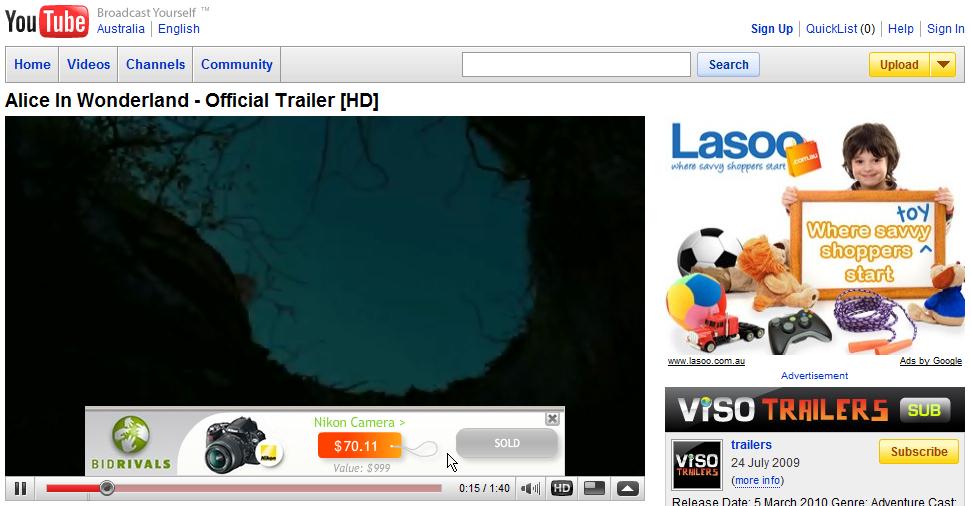 increased ad placements might have take a step too far.  While YouTube recently diffused some YouTube myths admit to trying to get the highest monetised number of views not cover a certain % of videos.

The interesting point is that the ad being shown in the picture is not relevant to the Alice in Wonderland HD trailer.  The Google Adsense system is not completely faulty as the Lasoo “toy” ad is quite suitable given the likely target audience that will be attracted to this Disney movie.

Most could assume that the typical audience for Disney movies dont seem to be a good match for high end $999 Nikon Digital SLR cameras, and the display ad is not based on previous search behaviour.