It seems that even big sites like TripAdvisor can still get link bait right sometimes and remain on brand, get a ton of social shares and still build relevant inbound links for industry blogs and high authority news sites.  TripAdvisor have launched a fictional Grand Budapest Hotel listing located in the fictional Republic of Zubrowka but they have quickly grown from 20 to 50 reviews to the current amount of 124 reviews and will likely continue to grow.  The TripAdvisor listing already managed to be ranked #1 of 1 hotels in The Republic of Zubrowka so there is no stopping their chances of being the one of the top hotels in Hungary at some point soon, which might be interesting for visitors looking to book a real hotel. 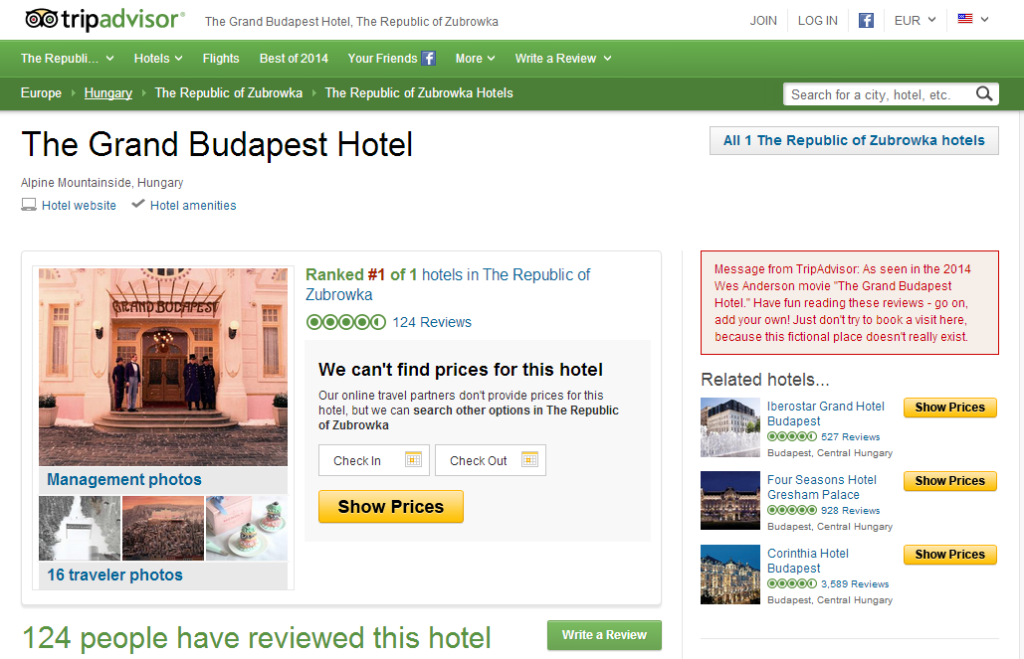 While it was originally reported by A.V Club as a potential PR stunt for the UK DVD launch of Wes Anderson’s film “The Grand Budapest Hotel” this seems to be something closer to link bait because the listing is on every localised version of TripAdvisor not just the UK version.  So that rules out the chances that this version is just setup to promote the UK DVD release and there is no mention of the DVD on the TripAdvisor page. 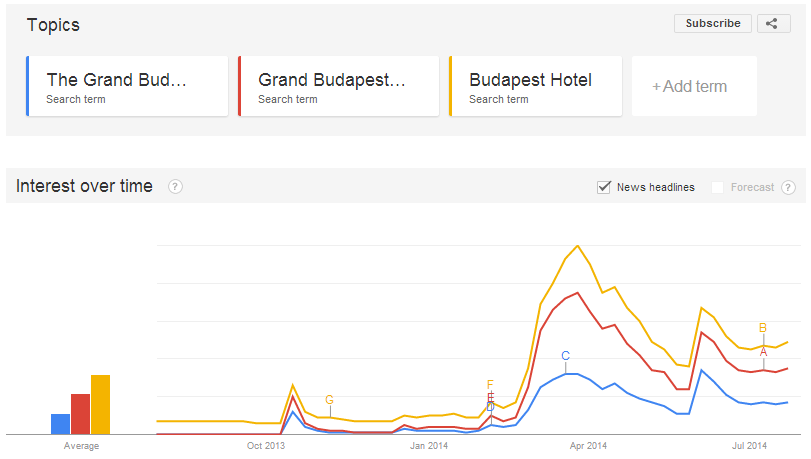 So how did the link bait campaign work for TripAdvisor?

I thought I’d play around with Moz Fresh Web Explorer to see if I can pick up what links the URL has attracted so far. In the screenshot below you can see the main TripAdvisor.com URL has attracted atleast 16 web mentions since the 8th July 2014.  The localised versions TripAdvisor.com.au and TripAdvisor.co.uk only attracted one additional mention each, showing TripAdvisor.com won the battle for links this time around. I’d think that after a few months MajesticSEO and Moz will show up a far more detailed link graph of just how many links TripAdvisor built due to this campaign. 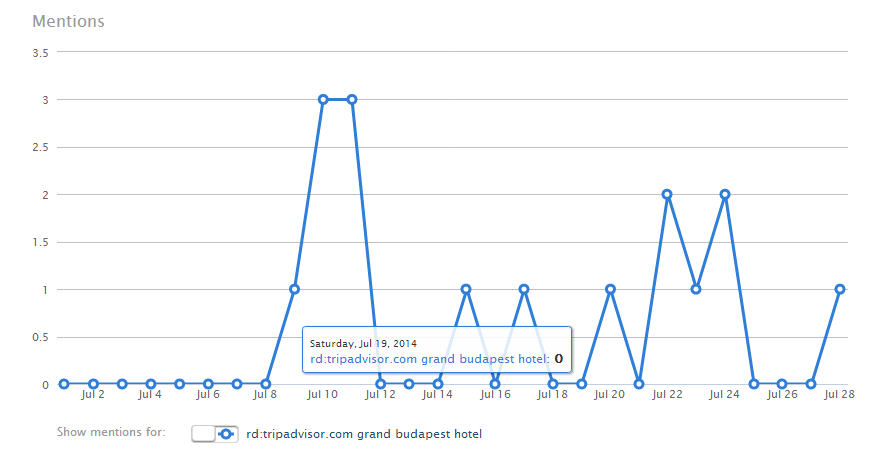 How did TripAdvisor do with traditional media coverage?

The fictional hotel stunt listing seemed to do ok with some mainstream media picking up the story, I found the a majority of the following sites in Google News that were providing some coverage from a short post for a full in-depth article and several more that were appearing on the first few pages of Google.com

It’s possible that there are a number of more media sites that might eventually pick up on this story over the next few weeks and a lot more that are not going to appear in Google News results.  I would say that this was a rather successful pickup by blogs and media sites as many linked back to TripAdvisor and pretty much ever single post feature TripAdvisor in the article name which is great for driving brand awareness.

How did TripAdvisor stunt do with social media?

It seems that the stunt did far better on social media with a total estimated number of shares on the main TripAdvisor.com URL was 10,148 at the time of posting.  This number could easily continue to increase if more blogs and media sites pick up on the story and if TripAdvisor uses paid media to amplify the number of social shares.  The breakdown of social shares shows that Facebook (9650 engagements) is still the dominate platform followed by Twitter (364 tweets), Pinterest (100 pins), Linkedin (20 shares) and Google+ (14 +1s) coming last.  So I’d say that this stunt was semi-successful on social media but not what I would could a viral success based on the current number of engagements I could find.

I assume that if this works based on TripAdvisor’s past behaviour they will likely milk the hell out of this idea and expand it to cover any number of other fictional TV, movie and song locations such as the following….

Content Marketing is the buzz world for both SEOs, business and almost anyone involved in digital marketing but there are…