After more than 40 years with the Massimo Vignelli logo, American Airlines has launched it’s new branding announced across Google+, Facebook and using #newAmerican on Twitter. The new 3D logo still features the symbolic eagle but is replaced with a flight symbol, and more vibrant red, white and blue colours. Their polished aluminium livery has been been complimented by a very patriotic stylistic American flag on the tail of their planes as part of the rebranding that will be rolled out over the next several years. The evolution of the AA iconic logo was handled by FutureBrand and will continue over the next several years as they refresh the entire customer experience including airport terminals, airport lounges, onboard menus, digital elements and a new range of branded experiences.

Below we have included the evolution of the American Airlines logo since 1934 which shows the dramatic change that the logo has taken under FutureBrand’s vision.

Behind the Scenes of Creating American Airlines new look

How Successful was the Campaign?

It was interesting to see that American Airlines used a Bit.ly links to promote the redbrand with the primary link https://bitly.com/newAmerican driving visitors directly to their new landing page on AA.com. If you check the Bit.ly stats it showed they have received around 62,587 clicks via that link since the 17th January. It’s an interesting breakdown based on referrers on what social platform drove the most visitors interested to learn more about the rebranding, the main link statistics is shown below. 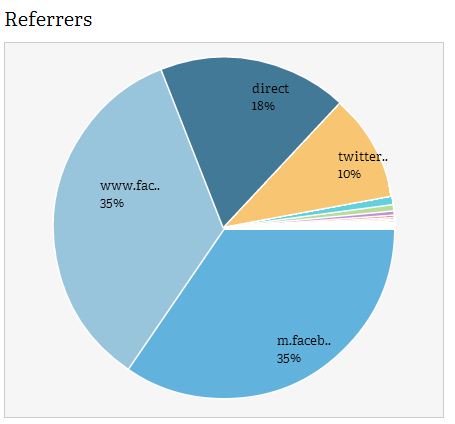 If you It’s interesting to see that Facebook accounted for 69% of all referrers for https://bitly.com/newAmerican but if you add up the total of the 7 Bit.ly links that we found there was a total of 85,146 clicks.  If you view the chart below we can see what social platforms  were driving the clicks from the following 7 Bit.ly links: 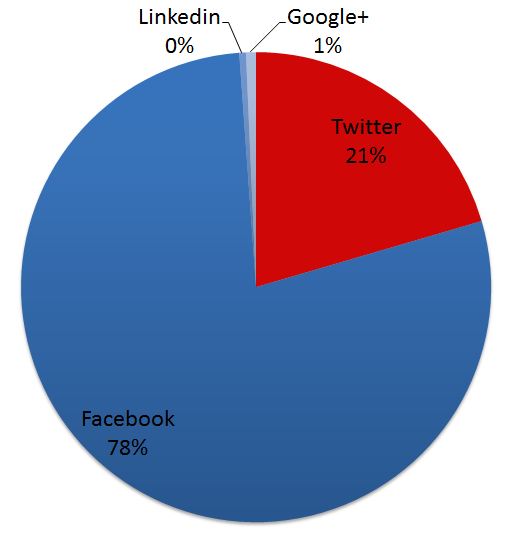 If we look at the total American Airlines audiences across the 3 major platforms we can see that there is certainly a massive variance in engagement from their fans. It’s very interesting to see above what a massive percentage of their social visitors via the Bit.ly link was from Facebook but let’s look at a breakdown of Fans/Followers to Clicks.

The insight is that American Airlines Facebook fans are disproportionally engaged compared to the other social platforms which shows that Facebook still has a place in marketing.  It’s interesting that using the Bit.ly link statistics you can see how Google+ even with a larger audience has failed American Airlines marketing efforts.  It’s will be interesting to see if Google+ engagement starts to improve as marketers get better at using it in time or is the overlap between social platforms that high?

But I think it’s concerning that even with such visual announcement with images and videos which is supposed to be Google+ selling point it appears to have fallen flat. Google+ only beat Linkedin by 2% in terms of total clicks captured via Bit.ly statistics which should be a wakeup call for marketers looking to get better engagement via Google+.