The Microsoft Surface table was first launched back in May 2007 at All Things Digital Conference but it wasn’t until April 2008 that AT&T became the first retailer to launch Surface. Launched back on the 6th January 2011 at CES was the new updated version of Microsoft Surface 2.0 that was both a vast step forward from size, weight and cost but also from technology and software used to power the device with most importantly added WindowsPhone 7 support. What is interesting is the growing number of developers such as Amnesia Razorfish that are building applications that allow both gesture sharing between multiple devices and also allow users to instantly transfer free or commercial content to and from the table with a single swipe.

The idea behind Amnesia Connect is to allow consumers/clients to speed up the process of consuming and sharing content via any Surface desktop device running Amnesia Connect.  Users are slowly starting to revolt around the idea of having their content locked within their device and many people assume sharing content should be a seamless process but anyone who has tried has found this is never quite the case.  It’s already clear that platforms like this can provide a massive step forward for freedom of content for advertisers and consumers but also makes the experience much more engaging and fun.

Microsoft’s original concept behind the Surface device was fairly simple with 4 key ideas:

Learn what is Microsoft Surface.

The first generation Surface had the following hardware specifications

The first generation Surface had the following software specifications

The second generation Surface had the following hardware specifications

The second generation Surface had the following software specifications

The regional interest places Australia at the 2nd most interested country by search volumes so that is a likely reason why Amnesia Connect was able to be developed in Australia as there is a good level of interest from both advertisers but also developers around emerging technologies like Microsoft Surface. Stephan Lange one of the leads on the Amnesia Connect project was able to demonstrate the device to me when I was in Sydney last week. He demonstrated that the Surface device is also able to read Microsoft Tags along with WiFi, and uses proximity detection with any device running Amnesia Connect to allow interaction.  He said the next stage was to start looking at how NFC (Near-Field Communications) could work with the platform which is key to their clients wanting to use the platform as it is being added to most planned smart phones such the just released Nexus S and possibly even the new iPhone due in 2011.  The current version of the Amnesia Connect application running on Surface 1.0 shown below only supports iOS but the developers are hard at work expanding their Surface application to work on more devices such as the Blackberry, Android and Windows Phone7’s during 2011. The same application running on the new Surface 2.0 has the potential to support all these devices and more as the new Surface platform and development kit is built with mobile devices in mind and the platform is much simpler to use than typical desktop applications.

Other applications for Microsoft Surface

French developers were able to create an application using Surface to control a flying AR Drone, this application seems less advertising focus and more suited to the consumer market or even military bases.  There is an obvious renewed interest in touch devices following the success of the Apple iPad and there are some very smart potential applications that will be launched during 2011 that will make consumers rethink how they engage and share content.

Why would Surface 2.0 succeed when Surface 1.0 failed?
It is likely a combination of being too far ahead of its time but one of the biggest factors was that the pricing was not quite right for the market. The planned retail price of US$7600 is far lower than the previous $12,000+ and the new device has a number of benefits. The other issue was it was the first device of its type so there was limitations in those who could develop applications and also business had to get their head around how to use the new device to improve their visitors/customers/clients experience. 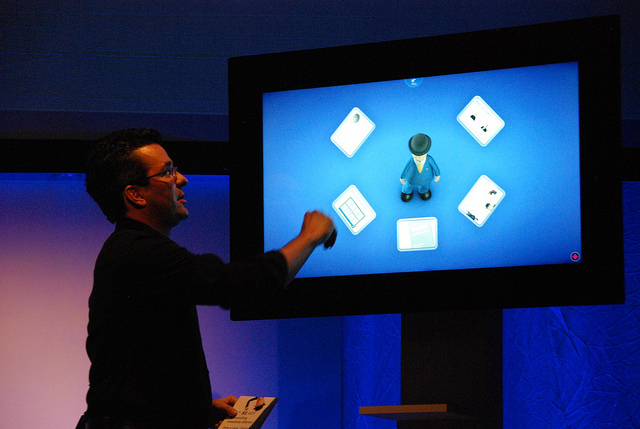 Who is Certified for Microsoft Surface 1.0
The following partners are listed as the previous partners who committed to Surface 1.0 and who are likely already working to ensure their applications work on the new Surface 2.0.  Amnesia Razorfish were able to get a head start with their Amnesia Connect application and have already rolled out platforms for companies like Lonely Planet using Surface 1.0 they are a likely choice but below are some of the many other suitable certified Microsoft surface partners.

Who are the early customers that have committed to Surface 2.0?

Want to get in early and be the first with a Surface 2.0?

If you are interested and want to know how can you get involved with Surface 2.0 or Amnesia Connect, the easiest option is to contact the Amnesia Razorfish’s Sydney Office directly.

After much speculation about the future of Zune, Microsoft has finally driven the stake into the walking dead that was…

In a announcement that seemed to shock many in the Tech industry, Microsoft finally entered the tablet race and wow…