Is it too early for Facebook to back-flip on its promise to make its platform free for developers to generate revenue?

There has been recent an increase in discussions around the profitability of Facebook and how its App developers seem to have a larger share of this cake due to not having total control of its app payment platform.  So is it too early for Facebook to back-flip on its promise to make its platform free for developers to generate revenue from advertising or transactions that they control.

One of the suggested methods is a halfway solution which allows developers to choose between third party currency or Facebook credits. 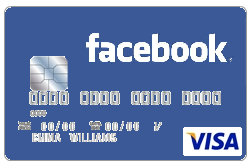 But this halfway solution means that the switch to a pure Facebook currency may experience delays and may never reach true scale required to compete with Paypal or Google Checkout to be a true alternative.

While I can see the complex situation that Facebook have with their developers, it is unlikely that the developers would walk away from Facebook as its a successful platform. But the move towards a formal payment platform does require formal relationships between developers and Facebook which should help build formal development partnerships.

It is likely that Facebook will follow the successful Apple App store integration which requires more control of the approval process and can skew the application towards Facebook’s requests.  The biggest point is that it will improve the quality of applications being released and should reduce the instances of fraudulent or spam applications being released.  It will remove the issue of Facebook of having to enforce its rules after the damage has been done they can prevent the damage before it affects their users.

It’s initial solution seems to be Facebook Verified Application which was launched in May 2009 with around 120 apps listed.

Because these applications have passed a review by Facebook, they are prioritized higher in the application directory and are highlighted by a green checkmark. A “Verified Apps” badge will appear on their Profile Pages as well.

What are some verified applications?

Some of the leading Facebook Apps have been Facebook verified applications that have already begun using Facebook credits for virtual payments. It is interesting mix of suppliers and application types that are being test.

The “Pay with Facebook” merchant program has only been rolled out with the few verified applications listed above. There is also been an expansion to set Facebook credits as a real online social currency with the ability to use for apps, charity or gifts.
Facebook Exchange Rate

The biggest advantage is that this move towards a standard Facebook currency and potential exchange rate is that it brings liquidity and scale to Facebook credits.  The current exchange rate is a fixed rate of UDS$1 = 10 FBC which was a slight discount to the initial UDS$1 = 100 FBC when it was originally launched.

As in most virtual currencies the biggest issue is costs for processing and conversions so scale is important.  If Facebook is to scale up its Facebook Currency they must also examine how to keep its value stable but also allow developers to convert it back to real currency.

So how much money is at risk?

According to a recent E-Consultancy article Zynga is the top game business on Facebook, pulling in more revenue than the next three top earners: Playfish, Rockyou, Causes.

Zynga applications are reportedly making $500,000 a day on Facebook and in turn Zynga is spending a reported $137,000 on Facebook ads daily, according to All Facebook. This $363,000 daily profit makes for a very good relationship with Facebook. If Facebook was smart they would allow Facebook Credits to be also used for its Facebook Ads platform. This is more suitable for its larger application developers and this also allows for it to reduce the amount of costs for processing transactions but also keeps money within its platform.

So its likely that Facebook could choose to target just its new application developers but would likely need to start to move some of its bigger partners onto its payment platform if they are to be successful at expanding it.