So the travel industry has some of the thinest margins but why do they appear to be just buying traffic for the sake of it?

While doing some research on a current project I finally got annoyed at the constant poorly placed and targeted Google AdWords campaigns running by some of the largest travel booking websites in the world. The only sites that appear to be successfully buying AdWords traffic is Tablet Hotels & Tripadvisor.  The companies that appeared to be having the most problems with AdWords traffic was Qantas, Travelocity & Expedia who just seemed to have missed the market in delivering a great first impression for AdWords visitors.  Even the leader Priceline.com didn’t fair that much better with a PPC campaign obviously setup by a monkey at a keyboard who has shares in Google and wants lower quality scores and higher CPC rates.

Test 1# Hotel Alexander, New York – The first test was to pick a random New York hotel from the Upper Westside of Manhattan and see what were the relevance of the ads showing. You can see that there is a 2 ads which are well off the mark with a hotel chain in Israel and the second is stretching it a bit thin as they are the Hotel Alexander Amsterdam in Europe.  While I didn’t add any geographic markers such as “New York” to my query, you have to consider the chances that your consumers will refine your traffic for you is not as likely and the search was done on Google.com with a NYC based IP address.  Its fairly obvious that these advertisers are not making use of AdWords many geographic filters and possibly even broad keyword match types.  Knowing that what the AdWord Ad is showing does not always match the landing page results, lets look at the other more suitable results shown to confirm there is a lack of understanding of PPC. 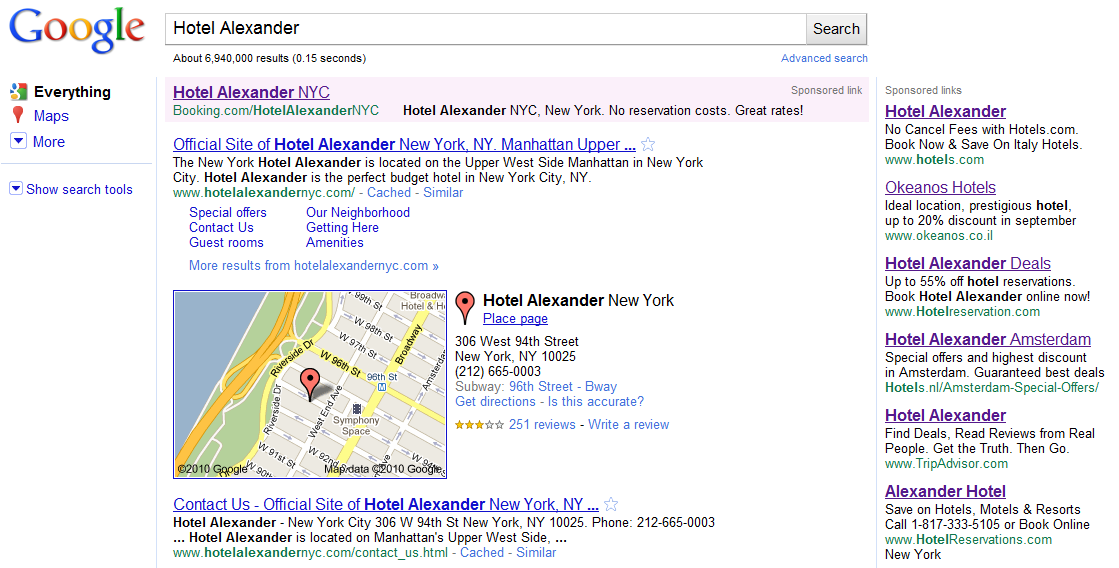 HotelReservation.com advises that it is a hotel reservation system for smart savers, but you can see the landing page showing 91 possible hotels found for “Alexander” does not provide a smart  or time-saving result for this search query.  The landing page doesn’t even narrow down the selection by my country location (USA) or by state (New York) or by city (New York), instead it presents me with another search panel.  All the geographic information is fairly easily accessible and it would save me time and if it offered my result in a single click I might have reserved my hotel instead I leave and head back to the Google search results. 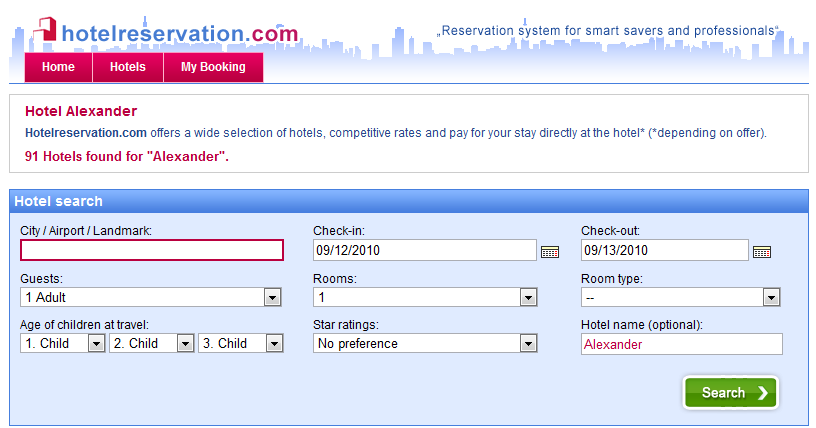 The next site HotelReservations.com actually does an even worse job for a landing page by offering me a hotel listing for the Alexander Hotel in Germany, this doesn’t present the visitor with much confidence that the booking site even understands what New York hotel they were looking for.

To show how far off the mark, the Okeanos Hotels are, you can see they don’t even have a hotel named Alexander but there are several hotels named Alexander in Israel they were likely targeting but its not a great campaign plan.  It’s clear they don’t understand PPC as the quality score for their campaign would be very low and their cost-per-click rates for bidding on those keywords would be far higher than they should be, meaning they are spending lots more money than they need to! 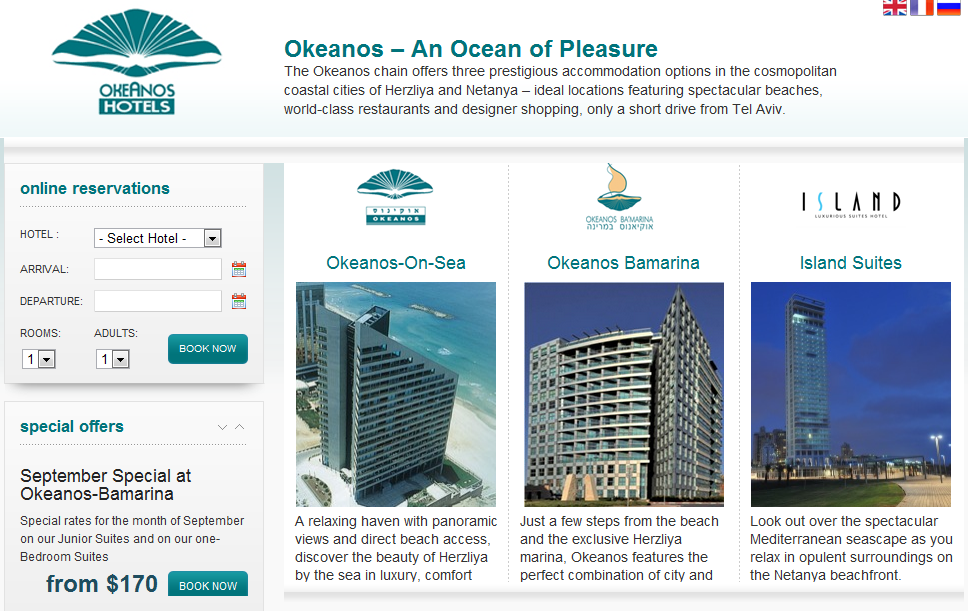 Hotels.com also seemed to miss the mark completely with the AdWords campaign taking me through to a Hotel Alexander in Italy, not the best or most relevant for such as high-profile site.  But when they do get the hotel location right they do a good job of promoting other hotels in the surround area that you should consider booking with. 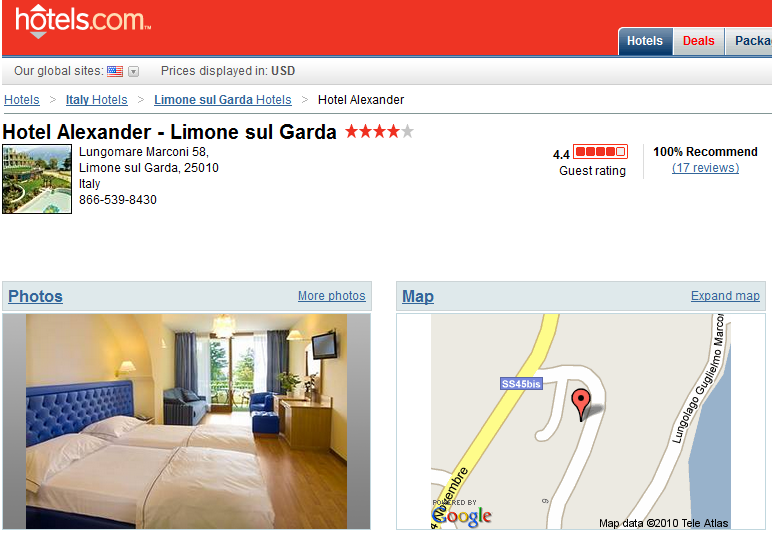 Test 2# Library Hotel, New York – While Hotel Alexander was not one of the highest ranking hotels in New York according to TripAdvisor, I wanted to see how that Travel PPC campaigns might improve by picking the #1 rated Hotel in New York which you would assume is a fairly high-profile search query they would be focusing on? 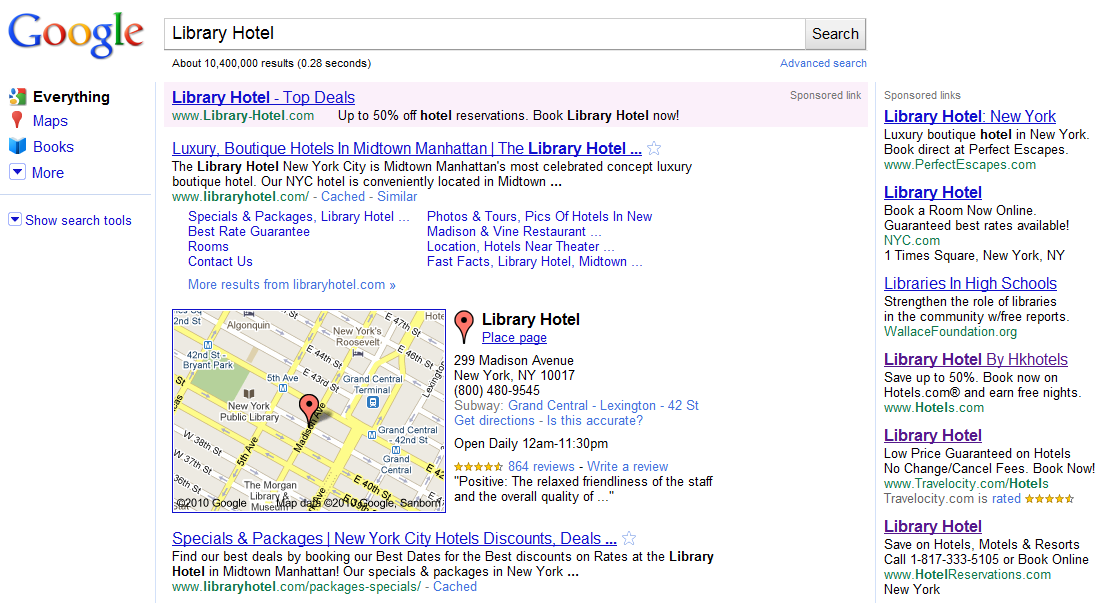 Priceline.com fails to understand how to use PPC to drive sales by just dropping all the visitors at their homepage, this method offers advertisers a lower quality score but is much easier and less time-consuming for staff or agencies running their PPC campaigns.  Typically the conversion rates for a websites homepage is one of the lowest so its likely buying traffic for the sake of buying traffic is not a sustainable or effective way to grow your company. 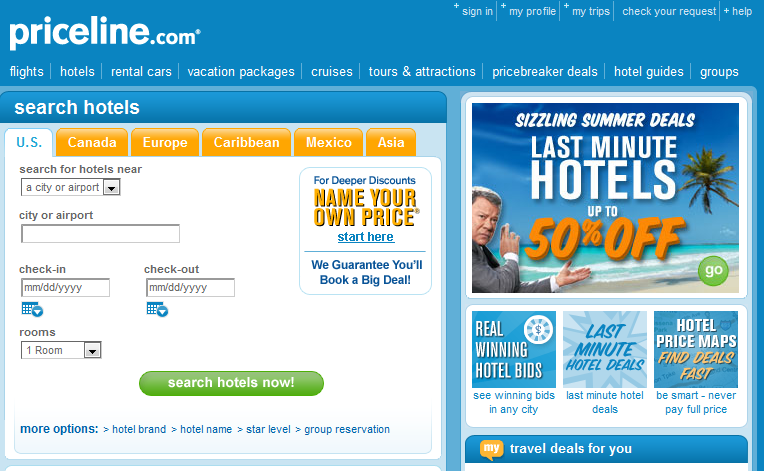 Expedia is the world’s largest travel site but it also makes the same mistake as Qantas does below by presenting the visitor who clicked on the AdWords result with an error page.  The advice to choose another hotel option was not given in the first place and advising someone looking to book a hotel to try again later will lead to losing the visitors business to a competitor. Expedia has the most to lose because of the sheer volume of money that is being spent every hour on their AdWords budget by their digital agency…. but really what does conversion rates matter in the travel industry with such thin profit margins….

Qantas Hotels Search – The test was for search on Google.com.au but when one of the hotels advertised was picked I was presented with an error page.  The problem is that I didn’t select a date for when I wanted to stay at the hotel, Qantas fails fairly badly as I clicked their AdWords Ad and was presented with this screen, the only upside they at least have kept some details from my search query such as the hotel was in New York, USA so I won’t have to re-enter that information if I choose to search again.  Qantas can easily have followed Hotels.com which offers a list of hotels in the surrounding area which I could book.

Travelocity also presents the same failure message, so I could assume they are using a similar bid management platform or trying to be more advanced than their CMS will allow which is causing the range of errors.  But Travelocity does win back points for having 3 different places you can find a contact number and they clearly advise they are open 24/7 which would likely catch more lost sales due to these types of error pages being the first thing an AdWords visitor sees. 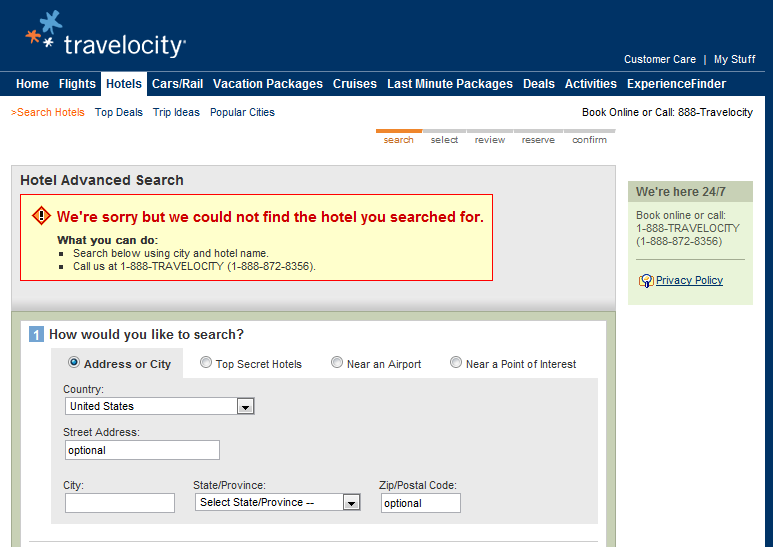 Who is doing PPC right? It appears that Tablet is actually the poster child on how to do a travel PPC campaign right, they have a hotel specific landing page with clear photos, address details, reviews and a clear call to action with a simple booking widget.  They constantly are performing well for one or two other New York hotels such as the Soho Grand Hotel and should be commended for their smarter approach for travel PPC campaigns. 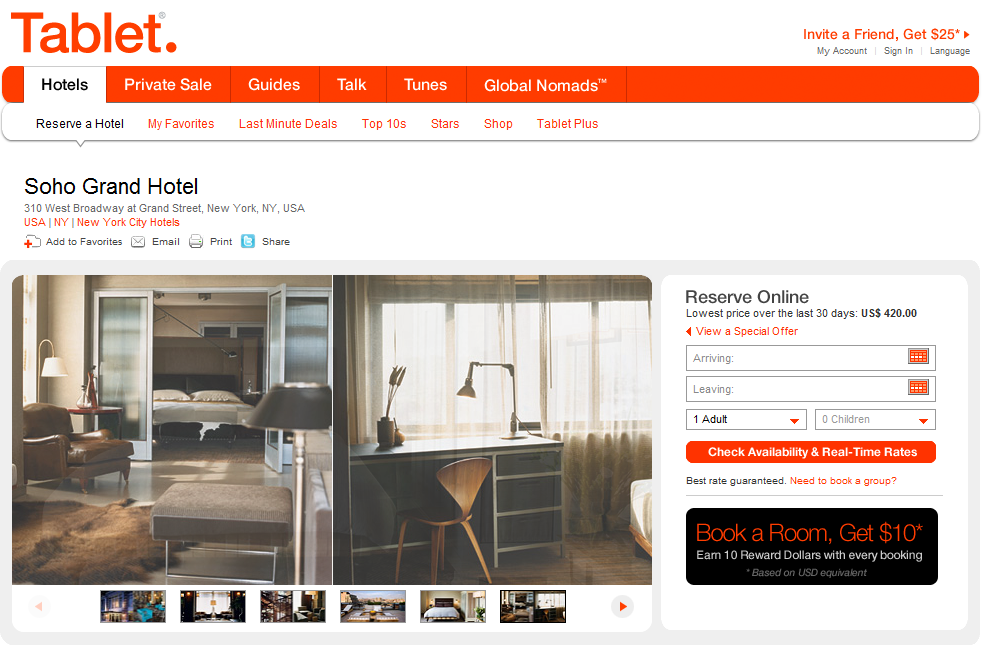 The agencies that are looking after Qantas and Expedia should take a leaf out of Tablet’s book or read my book Google Advertising Tools 2nd Edition, as they are costing their clients a lot of lost sales by a poorly run PPC campaign, and yes I think that Travel sites really don’t get PPC but that’s lucky for their affiliates who can make it work, its not like they have a good history in Hotel SEO…

The guest post from Anthony Contoleon takes a bit of time to step back and look at how you are using negative keywords and how you could be using them better.

5 Replies to “Do Hotel sites get PPC?”