Last month I wrote up a big post on Insight into Blog Comment spam and this article carries that theme forward by looking at what are some of the top comment platforms used and how well they perform. The data set I used was only 17 respondents but they were all experienced and well known bloggers so they have both a large audience of readers and audience that spammers would be more likely to target their blog.

What is the current Blog comment platform you use?

It wasn’t a massive surprise but 65% of the respondents to my survey showed a strong preference for using the default WordPress comment system which is preferred because it obviously requires no effort to setup.

Would you change what Blog comment platform you are using? If so what would be the alternative?

How do you find the current blog comment platform for dealing with spam?

Just under half (47%) of respondents found their current blog comment platform was performing above average.  Once again Disqus more than out performing with the ratings all “above average” and one “excellent”.

How do you find the current blog comment platform for dealing with moderation?

I surprised to see that webmasters feel that a majority of the blog comment platform quite well for moderation with 58% ranking their comment platforms as above average and 35% ranking them as excellent.  I think the problem with this question is the definition of moderation is likely interpreted differently between respondents.

How do you find the current blog platform for dealing with self-promotion?

How do you find the current blog platform for engagement?

Both Disqus and WordPress got 2 votes for “excellent” and also 1 vote each for “below average”, but I was surprised that there was a fairly positive view for both platforms.  I had expected to see Disqus slightly higher because of the social interactions and votes but maybe with a larger data set that might shift. 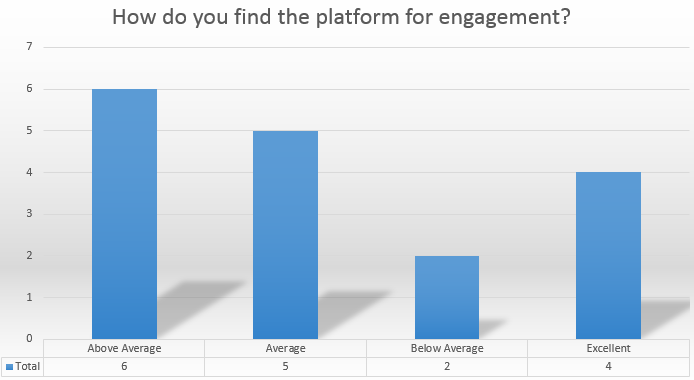 How do you find the currently comment platform for dealing with abuse?

Seems a majority of platforms don’t currently do well with abuse, but Disqus did seem to perform better as it received no “below average” votes unlike WordPress.  Again the definition of abuse is a bit vague as someone swearing in a comment might be abuse to some authors but not to another.  I assume that most respondents might have struggled to interpret what I meant by “abuse” and some blogs might get more abuse within comment threads, towards the blog owner or the writer of the post.

Do you also use Akismet to reduce spam?

It seems that most people use Akismet but not everyone uses the professional or enterprise version, but those using the Free version don’t always have the most negative experience based on their responses.  I would think that blog owners should consider testing/trialing the professional version of Akismet if comments are a problem.

What about SEO benefits?

It seemed that Disqus comment plugin did appear to perform better for SEO.  But this question could have been easily split into several questions to drill into what SEO benefits they feel they receive as it could be improved onsite content, improved referral links, cross linking between profiles & comments and more. The problems with many other comment plugins is that you don’t own your data or the comments and are mostly not indexable/crawlable by Google. 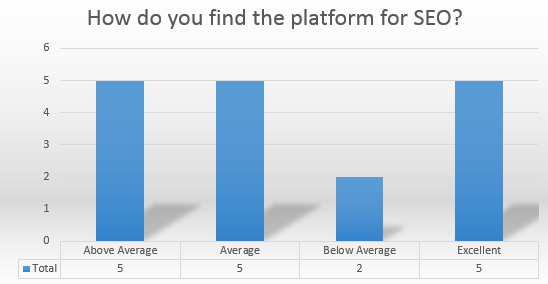 Who helped contribute to this data?

I see from the responses that like myself there are several bloggers that responded to the survey that are open to moving to a new comment plugin.  So I looked into several of the features/benefits of each of the primary blog comment plugins and detailed them below.

It’s a hard decision but it seems that Disqus might be the best solution if you are thinking of moving away from WordPress’s default comment platform based on the average ratings were far higher than respondents using WordPress default platform.  There is certainly an advantage using Disqus or WordPress default as your comment plugin if you get comments and want them to contribute towards your overall onsite content.

While Facebook seems to be the easiest solution for brands with large Facebook audiences but most blogs seem to dump them after a while and go back to their old platform and only one blogger did consider Facebook as a possible alternative to their current platform.

I’ve done several tests and found the blog will show in Google when you search for reader comment quotes with Disqus & WordPress but not for Google+, the original Google+ comment can rank but I didn’t see the blog ranking when I searched for the comment.

There has been some interesting thoughts around using Facebook Ads to buy fans, traffic or leads and I thought I'd…