Twitter has announced LOLcat has been launched after a Hack Week project to raise awareness of their translate Twitter project. The Twitter community translation program allows “text strings” in the user interface to be translated.

What other languages are next?
It’s possible that the emergence of LOLcat language that a whole new range of Twitter languages might be coming soon. I would expect these are the more likely languages that might be added soon if Twitter stops trying to claim proprietary rights of the text strings that are translated:

You don’t have to change your language settings to test the new language you can click this link to see how it looks in the screenshot of my account below. 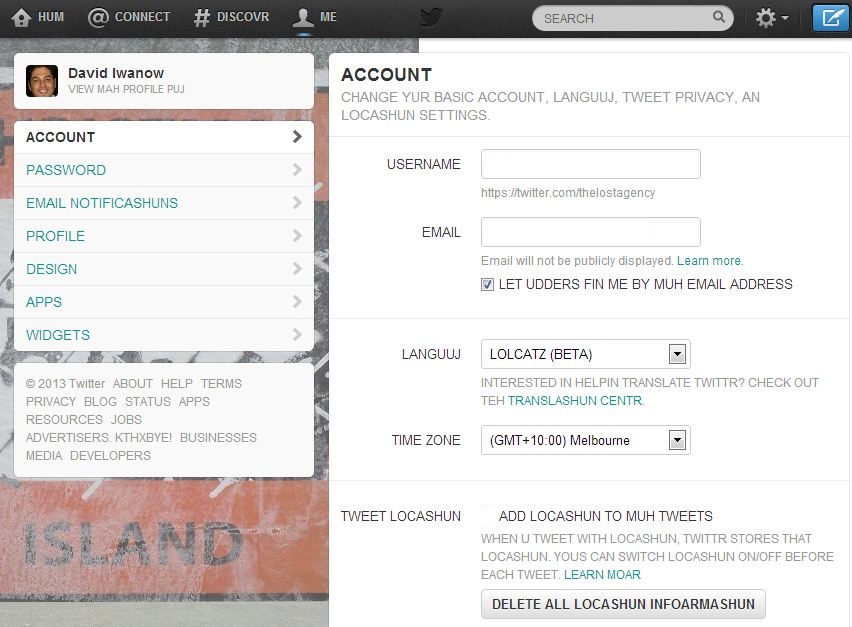