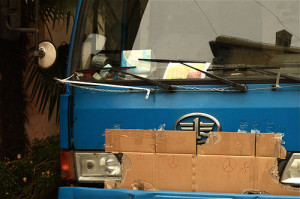 A fair while ago I did a test on one of my affiliate Twitter accounts where I made the dumb decision to bulk buy a chunk of followers. The question on is it ethical and if it was the right thing to do is a more complicated question that does not have a perfect answer in a fast moving area such as Twitter.

This post is not about what services or platforms people use to buy or sell fans but more so about how you can identify if your social media consultant or agency is pulling the wool over your eyes and cutting corners to reach your follower targets.

I feel that if you are paying someone to organically grow your Twitter follower base and they are cutting corners by buying fake followers or paying people to follow your account without disclosing this to you as part of a strategy then something is wrong and should be rectified asap! Just like the fake blue Mercedes Truck shown in the picture to the left be honest on your Twitter tactics used with clients if you are using Bulk/Fake fans as part of your overall social media strategy.

Why is buying Followers not cut & dry?
There are several high profile social media figures, celebrities and marketing agencies that are well know to be buying fans to grow their audience numbers and amplify their reach. There are a lot of reasons such as social proof or to encourage herd behaviour that leads to more organic/natural followers of your account the old “fake it till you make it” mentality is often at play in social media.

There is also not a clear line between buying with Twitter Ads official platform as some of those people that click on your ads are guaranteed to be any more engaged that fans attained by unofficial channels.

If you are using a service that will offer you a guaranteed 1000, 10,000 or 100,000 followers in a short period of time you can pretty much guarantee that these will be fake accounts and bots but platforms setup to encourage following may result in slightly higher quality fans. There are also a number of social behaviours such as #OperationFollow or #TeamFollowBack that can also be questionable ways of growing your audience as most people who use this eventually use bulk unfollow tools to shift their follower to following ratio to make it look like they are better than they are.

What Characteristics do fake followers have?

I have included a poor account that StatusPeople Faker report picked out that was following one of my affiliate accounts that has previously “purchased” followers.  You can see that some of the obvious traits the account has includes: 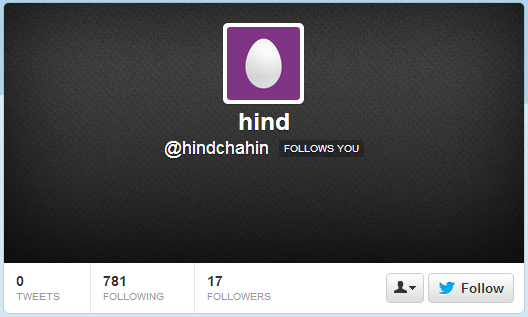 Please remember that while there are a number of smaller factors that while easy to influence in the short term over a long period of time they can also be signals that something might not be right with the accounts followers or they are partly automated.

How can you identify fake fans of your account?

One of the best solutions is to use Twitter analytics but the downside is that it only lists the top handful of your top 9 followers your followers also follow.

How can you identify fake fans of any account?

There are a handful of services that allow you to check your account by connecting with your Twitter account to see how you perform.  One platform I’ve been using for a while is Status People’s Fakers report that gives you the following snapshot top level snapshot for Fake/Inactive/Good followers, I ran this on the affiliate account that had previously purchased bulk fans and it didn’t turn out too bad.

If I compare those stats against my main account @DavidIwanow with the same report shown below, you can see it flags just 3% of accounts as fake which is not too bad.  But you can see the difference in stats between the two accounts, one purchased a bulk fans and my main account didn’t.

The downside to the free version of Faker Scores is that it only allows you to do 3 searches so if you are planning on doing a detailed analysis you might want to consider their paid product.  I also ran another account in a similar vertical to my affiliate account that I’ve seen promoted prominently on several “buy follower” sites as a “premium/vip” member but found that Faker Scores actually scored the account as having 49% good fans and only 4% are fake fans.  This is the downside to some of these tools is that careful use of unnatural follower growth can be masked if you spend more and stay clear of bulk follower services.

But another product that I have just starting playing around with as part of the research into this post was Twitter Audit.  The benefit of Twitter Audit is that unlike the free version of Faker Scores once you login you can run multiple Twitter audits and it will provide different insights but also store your past twitter audits and include a time stamp so you can track how things have changed. You can see below the dashboard report of this accounts top 9 accounts that have followers in common and how many fake fans they potentially have according to Twitter Audit. Some of the accounts have a massive skew of fake followers that have been acquired by inorganic means. 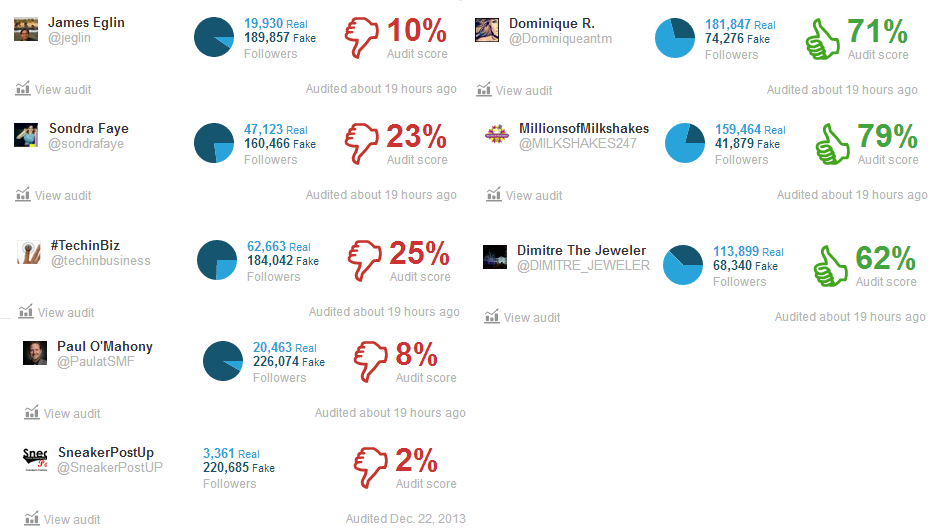 There is almost no vertical or industry that I’ve have not seen fake/bulk fans being purchase with several celebrities such as Lady Gaga and even President Obama have suspect followers according to a 2012 NYTimes article. As pointed out in the NYTimes article if you have a public account you are not required to approve followers so it’s also easy to bulk purchase fans for an account that you don’t own or manage just as it is to do it for yourself. Similar to negative SEO it’s very easy to do a follower blast to a competitor and discredit them and they will just have to wait until those new followers accounts unfollow or are shutdown.

I’ve had clients who have seen a massive spike in new Twitter followers increase by thousands in days but it’s more common to use fake likes on Facebook as that can mean their account is flagged and can be suspended.  But a lot of these new Twitter followers start to unfollow fairly quickly and the account returns back to a slightly higher previous follower number.

I don’t see that Twitter is currently proactively shutting down the big bulk/fake services but this will certainly happen soon if Twitter wants to increase the value proposition of it’s Twitter Ad platform for growing your fanbase. The problem for Twitter currently is that the cost per follower on Twitter can range from around $0.09 to $0.75 depending on the targeting options and user location so being able to buy tens of thousands of fans for less than a penny each does create an interesting moral dilemma for social media marketers.

I think there is always a market for buying influence and since people still judge number of followers as a success metric there will always be a benefit in inflating your ego/audience by doing it.  Considering platforms like Fiverr have tasks offering 1,000 fans for $5 and while Twitter’s self service advertising platform is not available in all regions there will continue to be a demand for scalable ways of growing your social audiences.

I guess it’s up to brands and marketers on if you want to flip the coin and buy bulk/fake fans to inflate your audience size and hope it doesn’t impact your credibility in the long term. Just like Google never used to really penalise bad SEO they changed this over the past 2 years with Penguin & Panda could Twitter do the same?

4 Replies to “Insights and Thoughts on Fake Twitter Followers”