Google has finally switched on it’s version of Facebook Ads and no surprise that it’s powered by it’s Google+ platform, but so far have been careful to allow users a little more control over if they choose to be part of the “shared endorsements” platform. You can see below how Google will start using your name and photo to show in Google Maps/Places, but also includes AdWords & Play Store. 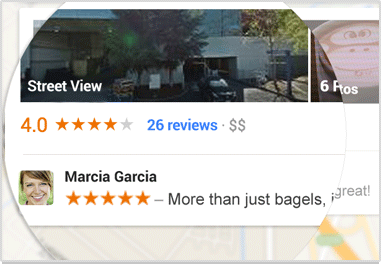 Google’s terms of service which you are opted-in by default were changed today (11th October) and go into effect from the 11th November 2013, which gives you 1 month to opt-out of shared endorsements. Google offers a very strict opt-in or opt-out which is surprising I thought they might have made it possible to only show your name, your first or last name or only show your face.

You can easily opt-out to Shared Endorsements by visiting here and un-ticking the box and pressing save. The point that annoys me is that Google is being sly about opting-out as you can see the guilt message below to remind them your friends will suffer without seeing your name and face.

I got an email about the update to Google Consumer Terms of Services just before.

One of these changes describes how a user’s Profile name and photo might appear in Google products (including in reviews, advertising, and other commercial contexts). For example, a user who visits the Google Play music store may see that a friend has +1’d a new album by her favorite artist. When a user searches for a restaurant, he may see an ad including a 5-star review by another friend. These recommendations are called shared endorsements. The user +1 personalization setting has been updated to to control whether the user’s Profile name and photo may appear in shared endorsements that Google displays in ads.

This change does not affect Google Apps users today. Users will see messaging throughout Google properties (including the Google+ notifications box) about the update to the Terms of Service, and they will be able to update the related user setting. However, the features associated with this change will not be available to Google Apps domains until a later date. At that time, there will be a control through which domain administrators can prevent their end users from appearing in shared endorsements that Google displays in ads. When it becomes available, this administrative setting will be defaulted to off.

Would Opting Out Impact Future Features?

It will be interesting if Google makes the penalty for opting-out more serve at some point in the future such as not allowing you to write a review if you have elected to not be part of Shared Endorsements.

Some of the things you need to know about Google+ Shared Endorsements is that you may see pictures of friends/connections that have left a restaurant review, +1 an item on Google Play store, if you share a link or follow a Google+ page and more…