It’s been 5 months since I last posted Issue 6 on Search News Central, so i thought it was a good a time as any to try and bring it back based on how much interesting news has been released over the past few weeks.

Google Android is now in real-life – Google has announced that it’s purchased Boston Dynamics an advanced engineering company that has built robots Pentagon’s (Defense Advanced Research Projects Agency). Boston Dynamics most recent and freaky robot is the WildCat a 4 legged robot that can run fast on all types of terrain up to a speed of around 26km/h. Early statements have said that Google doesn’t plan a move towards being a military contractor on it’s own but far too many people have linked this purchase to the rise of Terminators and Skynet. According to the NYTimes Mr Rubin has indicated this “moonshot” project to take several years before commercial robots are available. This is the largest robotic company Google has purchased to date so it will be interesting if it’s not the last company it buys.  I wonder if all the robots will be forced to run on Android now?

Twitter reverts changes to block functionality – Twitter has responded to a torrent of user anger and reverted a change to how “block” function works.  The big rollback was a welcome change as despite over 225,000 users signing a petition on Change.org Google is not willing to change their user comments back to the old platform that didn’t require Google+. The change by Twitter was speed up as it was linked to safety concerns that users couldn’t block abusive users and prevent retaliation.  It will be interesting to see how Twitter adapts it’s blocking feature so in the future it’s not always possible to tell when a user has blocked your account.

Twitter announces multi-year licensing agreement with Pitney Bowes – In a smart licensing deal Twitter has improved it’s geocoding, reverse geocoding and mapping for the Twitter platform.  Going forward Twitter will be able to use Pitney Bowes Location data via API to support better and more accurate location sharing in Tweets.  This is particularly relevant for the almost 60% of 500,000,000 daily tweets sent from mobile devices.  It’s also going to be particularly important for expanding and improving Twitter Advertising products that are based on accuracy of users location. It might also be interesting if Twitter adds location check-in functionality similar to Foursquare or Google+ now that it has a list of addresses of carefully verified and validated places. 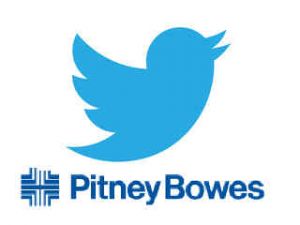 Instagram emulates Snapchat & WhatsApp – Instagram has finally launched a direct message functionality “Instagram Direct” that allows their users to send text, photo and video messages privately.   The communication platform allows for one-to-one messages or to a group of up to 15 people, this group function emulates one of WhatsApp most popular features.  There is also some Snapchat functionality as you can delete messages you have sent, and like Facebook it will show who has seen your message.

Instagram has also taken some functionality from Twitter as only people that follow you can send you private messages, but if someone you are not following sends you a message it will be held in your requests so you can decide if you want to view it.  I hope that Twitter doesn’t open up the Instagram Direct feature to “sponsored” messages as that will likely upset more than a few users and I do have concerns about the ability for non-followers to send you messages you can review before viewing it.

Google allows for App Indexing in Google Search – Google is expanding it’s dominance of mobile apps with the ability to deep link into Android apps in-app content from within Google search results on Android devices.  The App-Indexing feature has been getting more press of late but none of the beta partners of the program have released any insights on the success or failures of deep linking to their Android apps. It will be interesting to see if the next part of the beta test needs to expand deep linking into to iOS devices but that might not be in Google’s long term interests but it maybe good for mobile users. The feature is also only currently available in the US but it should expand into other English markets in 2014. 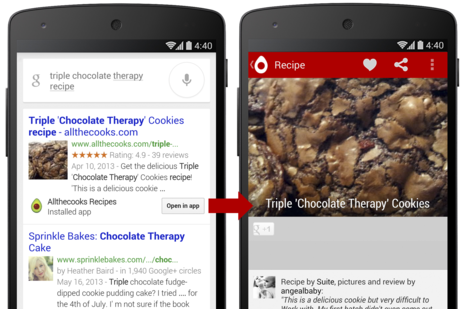 Google changes how Gmail handles images – Google has made an interesting move on how it handles images within Gmail.  Gmail has typically elected not to show images to protect users from unknown senders until this point but now Google is serving every image in your email from it’s own “secure” proxy servers.  While Google is not killing off the old “ask before displaying external image” functionality it can still be found I’m wondering how quickly spammers are able to adapt their strategies to take advantage of this new feature.

Apparently email marketing software platforms may actually rejoice at the change as MailChimp has already pointed out most email marketers embed a unique image in the email that will still trigger the email if it’s served locally or via Google servers.  Because the new Gmail solution only loads the image once email marketers won’t be able to see multiple email opens it will just record the first open.  Previously users had to enable images to trigger the tracking pixel so people could open and read emails and remain invisible but with the Gmail solution they might suddenly become visible straight away.

The big insight that this change might have on email marketers is that Google is expanding it’s (not provided) concept to user IP addresses.  So previously when users clicked to enable images to show they also provided valuable data such as IP address but if this is now served by Google’s proxy servers this data will be masked.  So the question is Google doing this change to keep “messages safe & secure” or doing it mask user information from email marketers?

EW Scripps has acquired digital video provider Newsy – One of the most successful digital news channels that has also successfully navigated a multi-platform world.  The move by an established media player to acquire a fast moving and successful start-up is a smart play and it will be interesting to see if they expand the beyond the current syndication channels. Newsy is currently producing thousands of videos per month for AOL/Huffington Post, MSN, About.com & Mashable including their own primary branded channel.  This deal might be the restart of traditional players expanding into new markets by acquiring smaller proven start-ups instead of over paying to get attention grabbing headlines on startups with “potential”.