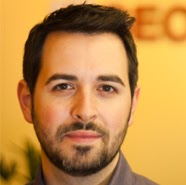 I reached out to Rand for an email interview when I found out that he was speaking at SMX Munich 2014 under his new role as Wizard of Moz. I was amazed that almost after stepping off the stage at SMX West 2014 I had an email response from Rand with all my interview questions completed.  Once again this marketer impressed me that he was able to respond so quickly considering his always crazy busy speaking and blogging schedule but also his willingness to sacrifice time he could have spent relaxing in the hotel or kicking back with industry folks in the hotel bar and answer some questions.

It was great to finally do an official interview with the Wizard of Moz as I’ve met and spoken with Rand and several of the Moz crew since I first attending SMX East 2008 in New York City. But have also been able to catch up with him several times at conferences in Australia and the US but also once or twice at the old SEOmoz office. So enough of my rambling here is some questions about what’s happening in the industry and looking forward to Rand’s Keynote speech at SMX Munich 2014 at the end of this month.

You are the keynote speaker for SMX Munich 2014? What’s 3 thoughts you can’t get out of your mind during your keynote?

#1 – We’ve seen some big shifts in the industry of SEO (not just the strategies and tactics, but who’s practicing SEO and what the expectations are from teams, managers, & clients)
#2 – Critical data (like keyword referral information and how engines connect search phrases and searcher intent) is getting harder to access, forcing many of us to use much more disparate methods to measure and improve
#3 – The number of opportunities is both increasing (as more types of results and more ways of driving traffic become available) and decreasing (as Google takes many searches for themselves, favors established brands, etc).

I recently had to turn down an opportunity to present at Dublin Web Summit due to a scheduling conflict. I’m really sad to be missing that event.

Is this your first conference since you stepped down as CEO of Moz? What is the biggest upside you’ve found since the change?
I actually just spoke at SMX West in San Jose, but this is one of my first few. The biggest upside has been being able to focus on some of the things I love to do – product & marketing specifically – vs. things I don’t really love – managing people, HR, building process, etc.
So in 2013 SEO got a hell of a lot harder, what do you think 2014 will bring?
Probably even more challenges (though I don’t think we’ll see quite the magnitude of the shifts that we saw in 2013 again). But, anytime the field gets more difficult, there’s more opportunity for those who are creative, driven, and make smart investments.
What is one bad habit that digital marketers seem unable to break?
We’re still often very transactional in our work. We expect that we’ll complete a task and be directly rewarded for it. But in marketing, many of the best rewards come from investing without thought for the benefit. Marketing is often relationship-driven, and direct rewards from relationships are both rare and usually very unwelcome (i.e. imagine if the only reason anyone wanted your time/input is so they could get something in return? That’s what much of what marketers call “outreach” and “relationship building” feels like).
What is one good habit that you have seen marketers start to adapt?
We’ve become much more data-driven and data-aware in the past few years. And the sophistication of our data analyses has improved, too.
What is the biggest curve ball thrown by Google that you thought really threw people off balance?
Keyword (not provided) is the most obvious one, but I think an even bigger challenge could come from Google’s replacing links to sites in some queries with content taken from those sites that answer the users’ query. For example 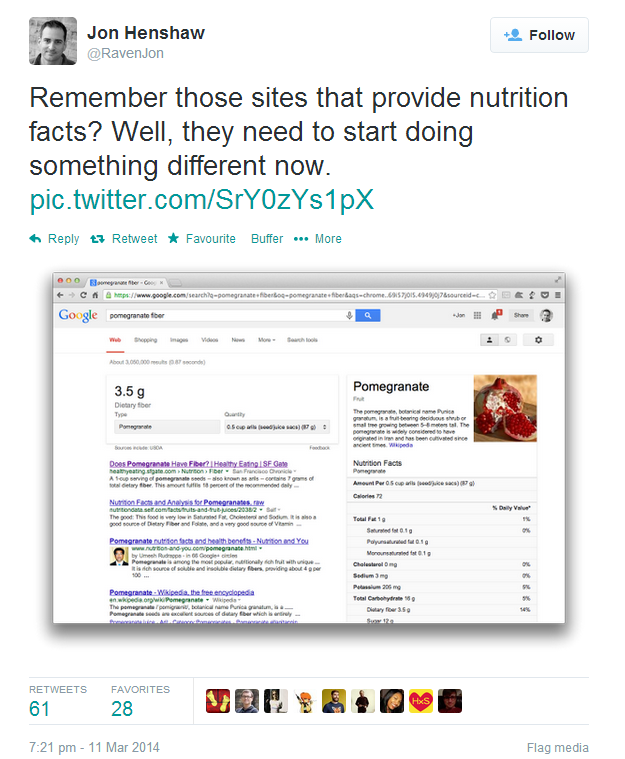 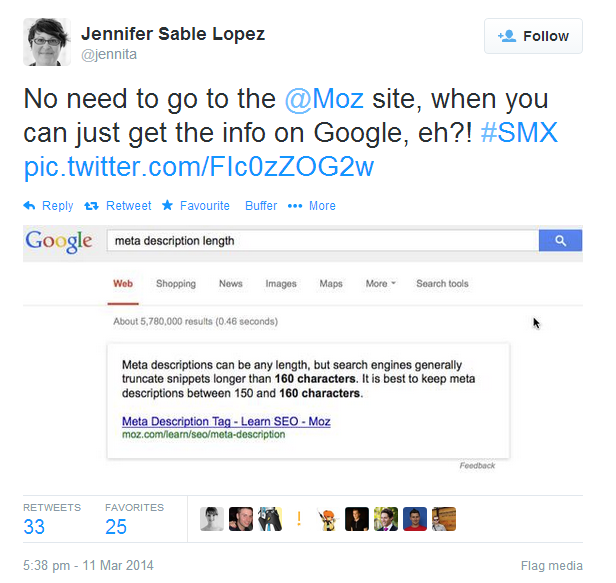 Google’s data is being taken from sites they crawl, but those sites don’t get the benefit of traffic – their data is simply presented in Google’s own interface.

What is one big curve ball you expected Google to pitch but it never happened? Maybe publisher rank?
Author Rank is definitely one we’re all expecting. Another is a paid API for rankings data – it feels like a very logical extension of Google’s data businesses, and a great way to prevent any unwanted programmatic queries.
I’ve noticed Bing is gaining again what % of market share do you think it needs before people adapt their tactics to include Bing?
Bing would have to both gain market share and also apply a very different set of inputs to their algorithms in order for marketers to significantly adapt tactics. Even if Bing reaches 40% market share in the US (which, sadly, is very unlikely), marketers would only really change their SEO tactics if Bing was substantively different from Google.
You don’t seem to be a Google Glass guy, what are your thoughts on wearable tech?
I can see that for some things (e.g. Fitbit), it will become very useful and ubiquitous. But Google Glass doesn’t solve a huge problem and it has a lot of drawbacks. Taking my phone out of my pocket and paying attention to it when I want information is not a bad user experience. Ignoring people around me who think I might be paying attention because I’m on my Google Glass is a big barrier to overcome.
Do you see wearable tech changing marketing tactics or just consumption/production of content?
Probably the latter more than the former.
What are some cool marketing tools you have been exploring lately that marketers should consider trying out?
We’ve been using and enjoying TrueSocialMetrics at Moz lately. Very impressed with what they’ve built. Also impressive is Customer.io for onboarding and action-based emails.
What are some fun new projects MOZ has coming out that people should be aware of?
Fresh Web Explorer has gotten really good (especially the alerts function), and some upcoming additions will make it even better. Peter Bray (who founded Followerwonk) also recently built Zoomprofiler, which analyzes data about a Twitter account in some very cool ways.
Any thoughts on the BrightEdge vs SearchMetrics legal dispute over newly granted patents?
I hope it’s not the beginning of a trend. I hate to see software patents used offensively.
What is the main ideas/points that you hope people to get from attending your keynote session?
I hope they’ll come away with a better understanding of what’s driving the big changes in our field, as well as some tactical takeaways they can quickly apply.
What are some of the other sessions/speakers at SMX Munich 2014 that you are looking to see?
I’ve seen Dan Petrovic from Dejan SEO present before in Australia and was very impressed. His Google+ content marketing strategies talk is one I definitely want to see. And, of course, I always love Webmasters on the Roof 🙂
Where can people find you if people want to follow/engage with you online?
Twitter, Google+, and my blog are great.

Thank you Rand for your time in answering these questions and congrats again on the success of MOZ and I hope everyone enjoys your SMX keynote presentation.

So if you want to catch Rand Fishkin speak and save €€€ on tickets for SMX Munich 2014 you can use our discount code LOSTPRESSSMX and you can register and find out more here.

This May 2017, SearchElite will be running their first event in London with a handful of leading figures speaking on…

In May 2017, SearchElite will be running their first event in London with a handful of leading figures speaking on…

In May 2017, SearchElite will be running their first event in London with a handful of leading figures speaking on…

2 Replies to “Interview with Rand Fishkin”