I noticed an interesting promoted Tweet today, it seems that the twitter account @GreenSmokeCig has started running Twitter sponsored advertising across visible to Australian users promoting their electronic cigarettes. This raised alarm bells in my head as I understood that it’s illegal to advertising Tobacco products in Australia and many other countries around the world.

I checked Twitters Ad Policy and Tobacco is listed as “services and industries have legal, cultural or safety restrictions” but it seems they don’t enforce compliance just trust that their advertisers are following local legal requirements. The grey area where Twitter looks the other way is a gold mine for advertisers willing to take a bit of a risk but highlights the importance of WHO programmes such as the Tobacco Free Initiative. Is Twitter so desperate for money that they would allow continued promotion of Tobacco products? What filters are in place to ensure users under the age of 18+ are not seeing these ads?

What countries have they reached?

Because GreenSmoke is using a bit.ly link it’s possible to see what countries are generating the clicks on their campaign URL. It’s possible to see that 49% of the clicks are being generated from visitors outside of the USA which is apparently their target audience for this current campaign. I’m not sure how many of the other countries that are as accepting on the issue. Because they are a online store they are able to supply globally so it’s not a reasonable argument to say this campaign was only targeted at US audiences as the campaign was visible globally. 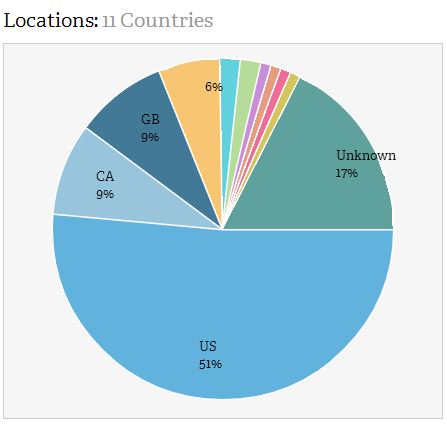 I’m not a lawyer and this post questions Twitter on the ethics and moral grounds of running Tobacco advertising but I think the matter needs to be further explored on if it does violation local Tobacco advertising laws. I’ve included a short piece of the TAP Act that I feel is most relevant to the Twitter promotional tweet ads. Tobacco advertising has shifted more money & resources into reaching their audience via social media over the past few years and Twitter Ads just look like an easy channel for reaching a global audience.

What do you think?

Has Twitter violated TAP Act with their promoted Tweets or just accepted payment for looking the other way? Don’t worry about Tobacco advertisers there is always an app for that…