I have noticed that the Google Research team is investing time and resources in improving the photo search functionality within Google+ since Google I/O but I was interested to notice that it’s slowly getting smarter and more accurate.

The big change I noticed tonight was when Google+ was able to kinda accurately add the hashtag #Stairs for the image below of ladders connected to make what could be loosely understood to be stairs. While the photo tagging is not perfectly accurate it’s not that far off what you might include as a tag if you were vague… 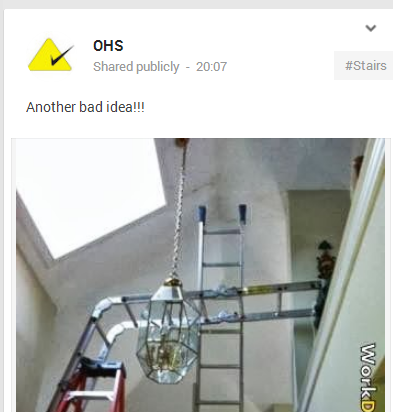 There is some very loose details in the help Google+ guide that the hashtags appear related to the post’s content which I have seen but it was very interesting to notice the hashtag did not related to the few words in the post but seemed to try and understand the context of the image. I could have understood if there was a few lines of text about the image but there was nothing besides the line “Another bad idea!!!” which doesn’t match with the suggested hashtag of #Stairs.

It’s certainly fairly early in the whole process but being able to automatically and correctly add tags to images does make a lot of sense as people are lazy when they upload images and often don’t include descriptions or tags. If Google is able to crowdsource some of the tagging of images within Google+ that it struggles to identify via it’s algorithms it’s a very smart move in the long run.

What about photo details?

As you can see from the screenshot below there is no useful details contained within the EXIF or photo details that Google could have easily used. So even dropping the image into Google Image search doesn’t seem to answer why this particular hashtag was added to this post automatically. 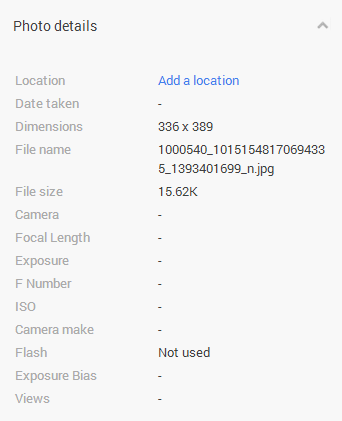 There are plenty of posts talking about the improved Google+ photo search  but they seem to focus on Google using data stored in photo EXIF, based on image file names or imply it can be based where the photo is embedded. So the question would be if Google is adding tags automatically and then tracks how many users then choose to remove the hashtag if it’s not relevant.

Have you seen a similar automatic hashtag being added to any of your photos?